What is Phonemic Awareness? The Foundation for Reading and Spelling Success

For many years, phonemic awareness has been recognised as one of the most reliable building blocks for – and predictors of – success in reading and spelling. Despite this, many students never receive sufficient high-quality, explicit instruction in phonemic awareness skills to make optimal progress in literacy. This blog will try to answer some important questions:

What is Phonemic Awareness? 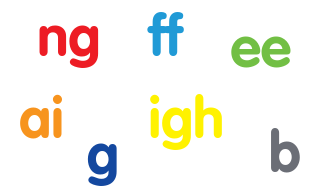 Some of the phonemes of English.
Test yourself: think of a word which uses each phoneme.

Changing a phoneme in a word changes the word’s meaning. For example, changing the phoneme /o/ in the word ‘mop’ to the phoneme /a/ changes the word ‘mop’ to ‘map’. Two of the most important phonemic awareness skills for literacy development are blending (joining speech sounds together to make a word) and segmenting (breaking a word into its component speech sounds). Here is my deep dive into oral blending and segmenting.

Phonemic awareness is the foundation for reading and writing English (and other alphabetic languages) because an alphabetic orthography/spelling system maps print to speech at the level of the phoneme. Consequently, according to cognitive scientist Dr Keith Stanovich:

‘Students who cannot hear, and work with, the phonemes of spoken words will have difficulty learning how to relate these phonemes to letters when they see them in written words.’

From a very early age, children recognise the phonemes of the language spoken in the home (as opposed to those of other languages). However, research suggests that most children do not first enter school skilled in phonemic awareness. They are meaning-focused and do not think about spoken words as strings of phonemes. The neural pathways of the brain need to be programmed to attend to the ‘bits’ of words. Research also suggests that if there is no explicit instruction in phonemic awareness, many will fail to acquire it.

The alphabet was invented to make speech visible, to create a permanent record of the spoken word. Phonics is the mapping (or connection) of graphemes (letters) to phonemes (sounds). The addition of the visual element is what makes phonics different to phonemic awareness. It is sometimes said that ‘Phonemic awareness can be taught in the dark – phonics cannot’. 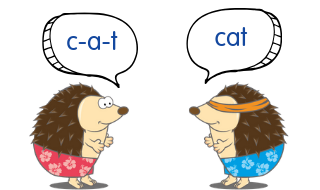 In phonics instruction, children are taught grapheme-phoneme correspondences (GPCs) so that knowledge of sounds of the spoken word can be transferred to the written word in reading and writing. In some languages, learning phonics is easy because each phoneme has just one grapheme to represent it. English uses only 26 letters, and combinations of these, to represent 44 sounds. 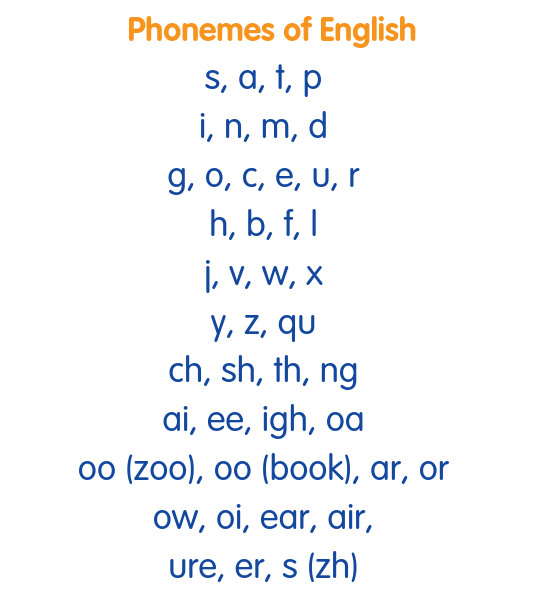 The 44 phonemes which can be represented by 1,2 or 3 letters.

In English, there are multiple ways of representing one phoneme. One grapheme or grapheme-combination may represent a number of phonemes. For example, the long a sound /ay/ is typically represented by the letters ‘a’, the letter combinations ‘ai’ or ‘ay’, or the split digraph ‘a_e’. 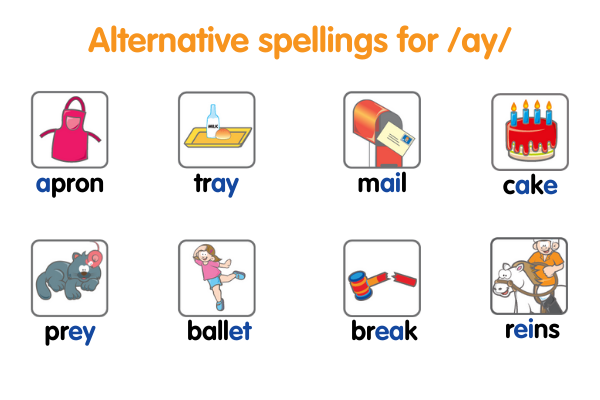 Learning to read and spell becomes more complicated when children learn that a phoneme can be represented in several ways.

Phonics instruction, therefore, must include teaching of the rules that help the student to determine which GPC to use in encoding or decoding a specific word. English is not a ‘transparent’ language so high-quality, explicit systematic phonics instruction is vital.

What is Involved in Teaching Phonemic Awareness?

Systematic phonemic awareness instruction will begin with 2-phoneme words, move on to 3-phoneme words, and – when the students have mastered these – continue on to 4-phoneme words, and so on. It is hard for young children to isolate the component sounds of blends (such as ‘tr’ and ‘str’), and to segment and manipulate those components. Students should be given sufficient direction and practice to achieve automaticity.

Phonemic awareness tasks involve listening and speaking. They do not involve letters. The only visual input takes the form of pictures. Later, many students will benefit from use of counters (or sound buttons) with phoneme frames ‘grounding’ thinking about sounds (Ball & Blachman, 1991). 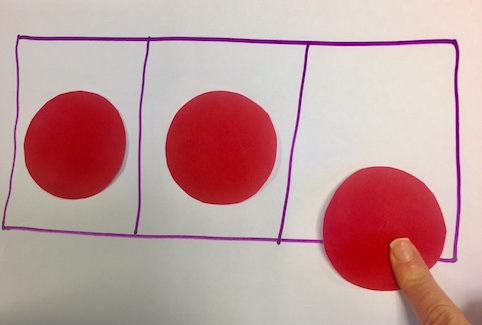 A phoneme frame with counters. Start with 2-phoneme words.

Here are 2, 3 and 4 phoneme frames for you to photocopy and use.

Some students may need instruction in awareness of mouth movements or training in cued speech in order to be able to isolate and order sounds. The use of phonic whisper phones can make it possible for students to hear the speech sounds created by their own mouth more clearly.

Our Pronunciation Tool has videos to aid correct articulation and teaching of the phonemes.

There are a number of high-quality phonological awareness programs (which include details of phonemic awareness activities) available to teachers. Two that I have found helpful are ‘A Sound Way’ (by Elizabeth Love and Sue Reilly) and ‘Sounds in Action’ (by Yvette Zgonc).

Students who are likely to need more intensive PA training, and for longer, than their peers include:

Because phonemic awareness is the primary pre-requisite for reading and is such a strong indicator of future reading ability, it is vital that PA instruction be provided for as long as a student needs it and target the specific skills the student lacks.

When Should I Move onto to Phonics?

There is no universal agreement on the optimal timing for the introduction of phonics instruction. It is important that letters not be introduced before the student has been taught to hear the sounds in words. Students should understand the logic of the alphabetic code (that letters represent sounds, that letters do not ‘make’ sounds). Unfortunately, many children are introduced to letter identification by well-meaning parents and grandparents even before school entry. Teaching letter names before sounds is far from helpful. For these eager parents and grandparents there is a useful PA-friendly blog post here on how to help at home.

Letter names alone do not make it possible for a student to read or write. If letters are introduced too soon, students may over-rely on visual memory and analogy in reading and spelling rather than using and refining phonemic awareness skills. Some teachers teach letter names at the same time as the sounds they represent. If this is done before the student can reliably identify the sounds in words, the student is likely to struggle with cognitive overload.

Rethink your Alphabet Frieze; using lower case letters, putting representations up as you teach the sounds
and using decodable words all support the early reader.

A teacher need not wait for mastery of all phonemic awareness skills before introducing letter-sound correspondences. Ideally, the student will be able to identify the sounds in CVC words and be able to orally blend those sounds and orally segment those words before letters are introduced. The student who demonstrates early mastery of PA skills should be introduced to letter-sound correspondences rather than be forced to wait for peers to catch up. If there is any doubt about the phonemic awareness skills of a young student, use of a test such as the Sutherland Phonological Assessment Test-Revised is recommended. The Comprehensive Test of Phonological Processing (CTOPP) can be used with older students. Word segmentation and phoneme manipulation require many years of practice for mastery and should be incorporated in the phonics program implemented.

How Should I Combine Phonemic Awareness and Phonics?

Phonemic awareness is strengthened by a phonics program that focuses on blending phonemes into words and segmenting words into phonemes. In the early years of schooling, teachers should be using a systematic, sound-to-print, synthetic phonics program. Phonics Hero is an example of this type of program (teachers can get access to free resources with a Teacher Account and parents can get a free 7-day trial of Phonics Hero). Students are taught the letter representations for the 44 phonemes of English in a specific order, moving from easy to difficult. The most common representations of a sound are taught first. The only words not sounded out from start to finish are the irregular words which have ‘tricky bits’, e.g. the word ‘said’. The regular letter-sound correspondences are pointed out even in these words. e.g. ‘s’ for /s/ and ‘d’ for /d/.

In the Phonics Hero program, students work through the following activities:

Students hear a phoneme and then select the grapheme(s) representing it.

Step 2 – Read with these sounds:

Students are asked to listen to a word stretched out into its component phonemes and blend those phonemes into a word represented with graphemes.

Step 3 – Spell with these sounds:

Some activities ask students to count the phonemes they hear in a word. In others, each phoneme in a spoken word is represented by a dash and the students choose the correct representation of phoneme for each dash.

Phonemic awareness tasks can be easily built into any phonics lesson to consolidate and develop PA skills. Students are never too old for these. Here are some teaching ideas: 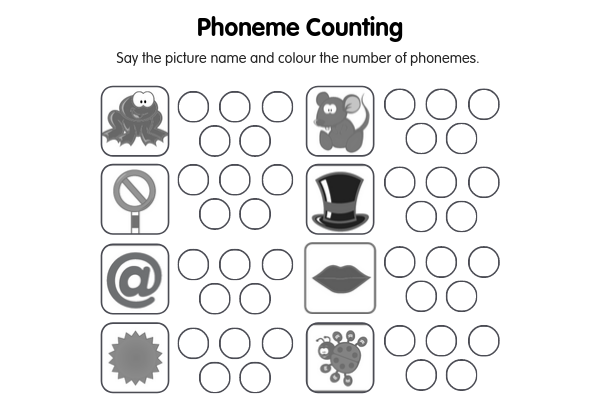 The amount of emphasis you put on phonemic awareness should reflect student needs. Approximately 20 percent of students will have difficulty developing the ability to ‘listen inside a word’. A key indicator of a student with weak phonemic awareness is the inability to represent each sound in a word with a grapheme in spelling. e.g. ‘stray’ is represented as ‘stay’. This is a different weakness to that shown here:

In this sentence, every phoneme is represented, but sometimes with the incorrect grapheme.

The student with weak phonemic awareness needs help to recognise the sounds in a word. The student with poor knowledge of letter-sound correspondence needs help to master rules that apply to choice of representation of a phoneme and to identify letter strings that are not used in English, such as ‘uz’.

When you are teaching a mixed ability group, it is tempting to move the whole group on from phonemic awareness development to phonics work as soon as the majority show readiness. However, it makes no sense to ask a student who cannot hear the sounds in a word to represent them with letters. Differentiation of instruction is critical and this individualisation is made easier with high-quality resources such as Phonics Hero.

2 responses to “What is Phonemic Awareness? The Foundation for Reading and Spelling Success”