How to Teach a Child to Read With Phonics

My first baby, Phonics Hero, had already taught thousands of children how to read. But the game changed when I had my second baby: my very own child! Now the everyday practicalities of how to teach a child to read with phonics began to play out in my own home.

My 3.5 year old daughter, Nieve, is now reading simple words on her own. My mum friends are all clamouring to know – what’s our secret? So here it is, my step-by-step recipe for how to teach a child to read with phonics. 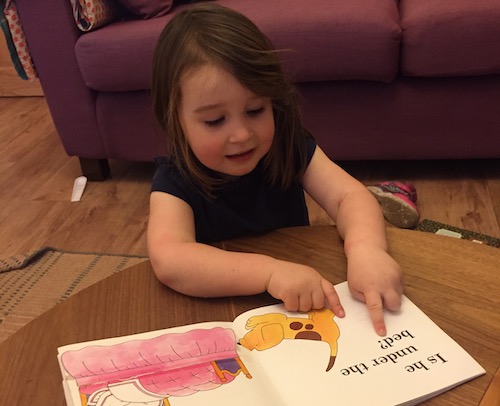 Nieve reading some of the simple words from ‘Where’s Spot?’

Knowledge of nursery rhymes enhances children’s phonological sensitivity which in turn helps them to learn to read.”

Phonological awareness is the ability to recognise and ‘play with sounds’ in spoken language. If a child is good at playing with sounds in spoken words, they will easily transition to manipulating sounds in written words. you can read further with this deep dive into oral blending and segmenting. The main point is: nursery rhymes – do lots of them! 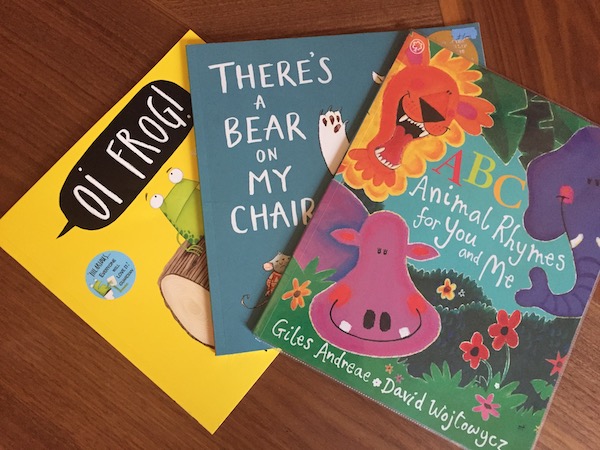 Our current bedtime favourites contain LOADS of rhyme – so useful for priming a child for reading!

When Nieve turned three we began step 1 of reading, rhyming. The timing is different for every child, so if your child is resistant, don’t push it. Just come back to it later. The last thing you want to do is turn them off reading at an early age.

As Nieve and I would walk to swimming lessons, we’d play the rhyming game: 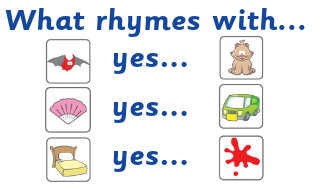 If your child comes up with nonsense words which rhyme, for example ‘dat’ rhyming with ‘cat’, that’s perfectly acceptable – it still demonstrates they understand the concept.

Before your child can move onto reading with letters, they need to understand that there are unique sounds in words, for example ‘cat’ is not one sound, but is made up of /c/, /a/, and /t/ (in phonics we denote a sound like this: /s/).

Oral blending is the ability to glue sounds together to produce a word. As a pre-reader, it’s done without letters and just the sounds. I would say to my daughter, “what am I saying /ch/ – /air/?” Watch us demonstrating:

It’s critical to master this stage before moving onto anything more complicated. I tried to progress Nieve onto blending with letters too early, and we had a big set-back. So we put the magnetic letters away and carried on orally blending for several months longer. This is a critical foundational skill. Stick with it.

Step 3: Introduce the Letters and their Sounds:

Before I go into how to teach a child to read with phonics, a comment on readiness from our Educational Psychologist (also Nieve’s grandfather!).

If you are teaching a child to read at home, you don’t want to make it into a negative experience. Keep it light, don’t be too pushy and be willing to give up and come back to it later.”

Firstly, you’ll want to purchase some lowercase magnetic letters (stay away from uppercase – it will only confuse things).

The first step is to take four single letter-sounds and learn that the letter ’s’ represents /s/. We did that for the first four sounds:

Some of the games we played: 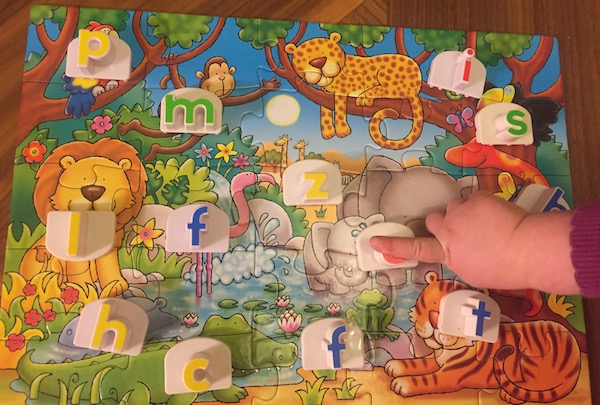 We got creative with practising the letter sounds – matching the first sound of the animal with it’s letter.

If your child gets stuck on a particular sound, give them an object on which to anchor it, something they are familiar with, such as a relation or a favourite toy. Neither for love nor money could Nieve remember the /c/ sound when I presented her with the ‘c’ letter. I would remind her “it’s like mummy’s name” (my name begins with a ‘k’, but right now it doesn’t matter – it’s the same sound as the letter ‘c’).

Once she was telling me these sounds as quickly as she as she could tell me her own name, I introduced another four sounds, bringing the total to eight.

Once she had eight sounds under her belt and her oral blending was quick, Nieve was ready to move onto blending with letters. Blending is the ability to glue sounds together to produce a word (read up on blending). It’s critical that a child learns to blend early in the process (lots of early learning centres do all 26 letter sounds of the alphabet before moving onto blending, which can and should be done much earlier).

When Nieve first blended, it was like all my Christmases had come at once! I managed to capture the first time she blended:

Did you notice how I only changed the first sound to begin with? This lessened the “cognitive load” (how much information a child can handle in one go). Think of learning to read like learning to drive. My first driving lesson wasn’t a three-point-turn but driving in a straight line down the road. Likewise, with learning to read, we want to ease a child in, bit by bit.

Here is a wordlist using those first eight sounds. Stick to one group at a time, doing lots of repetition before moving on to the next group. 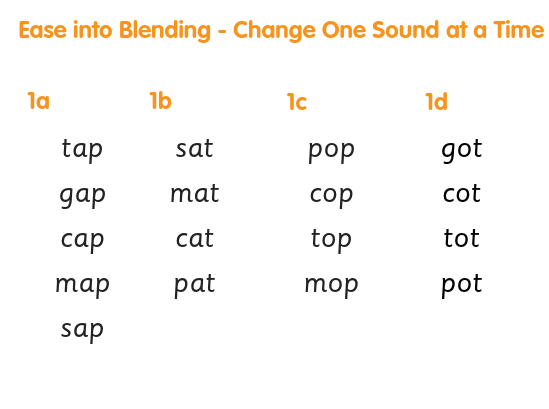 Practise blending with each of these word groups.

When learning to drive, once you had the basics, it became about clocking hours on the road – practising and applying what you learned. Likewise, practising is the next step when you teach a child to read.

Nieve loved practising her blending skills using our worksheets; she’d do the same one over and over again. She loved them because she had success really quickly; they were single words and those which only used the sounds she knew. 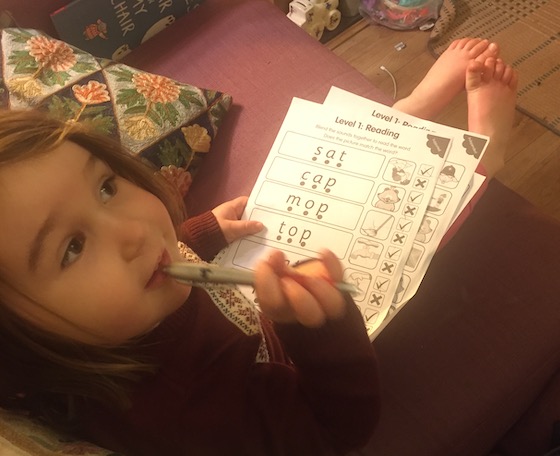 Nieve practising her blending skills with our worksheets.

You can get your hands on the whole set of over 200 worksheets for only US$20. That will last your child until they are seven! 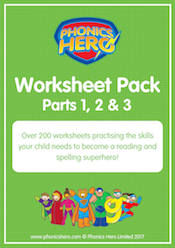 All 3 parts covering levels 1 – 26 in Phonics Hero. On completion of payment you will be able to download the whole set for printing at home.

Phonics Hero has 850 online games which systematically take a child through reading and spelling with the 44 sounds of the English language, all wrapped up in an exciting superhero storyline. It builds children’s skills: from the sounds, to reading single words, to spelling and – finally – conquering sentences. 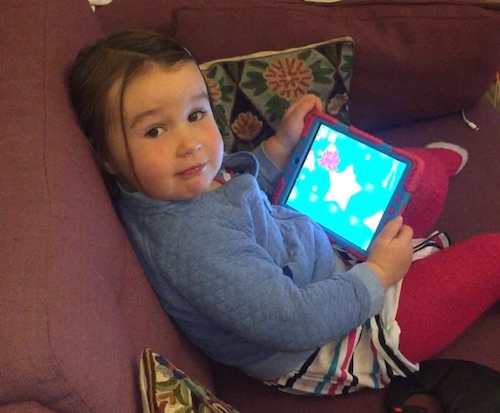 Have a go with your child. You can get a free 7 day trial of Phonics Hero here:

You don’t want to hand the child your tablet and just let them ‘go for it’ – like you would a kid’s game. Be on hand to work through the words if they get stuck. Here is Nieve playing the first blending game:


Did you notice how on the third word, I corrected her when she tried to guess? I don’t want her to get into the bad habit of guessing at words: strong readers don’t guess.

Decodable book are texts that contain specific knowledge which the students have been taught. This knowledge consists of phonics (letter sound code), the blending strategy and eventually irregular, high frequency words often known as tricky words. 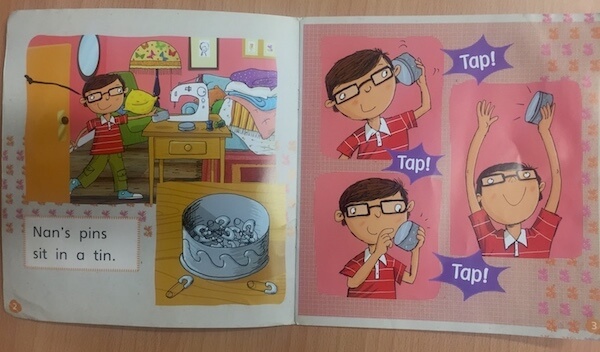 By using a decodable book your child will get to show off their reading skills – just like a real reader! If you are searching for some books to buy, ensure they start with single words or very, very basic sentences. Speech Pathologist, Alison Clarke has a great list.

Once your child starts achieving success from the process of learning to read, they’ll want to do it again and again. Remember, when you teach a child to read you need to be really precise with the words you are expecting them to read. Phonics Hero will hold your hand through the introduction of each group of sounds, so stick to what we introduce and when we do it. I made this video to briefly explain the systematic, synthetic phonics approach that we use:

Firstly, it’s important to say that this hasn’t been a straightforward path. Because of what I do every day, I knew the roadmap, but Nieve didn’t always stick to my directions! What the process really highlighted to me is that you can’t force readiness – be ready to give up and come back to it later. Secondly, I can’t emphasise enough the importance of pre-reading skills – when oral blending clicked, everything came together. And finally, it’s not about a ‘phonics lesson’, but finding the opportunities to learn while she eats her /p/, /a/, /s/, /t/, /a/.

Good luck! I’d love to hear your experience in the comments below.

Katherine is the CEO and co-founder of Phonics Hero. She has worked in phonics for over 15 years, working with hundreds of schools across the globe to support them in their implementation of synthetic phonics.