Pronouncing the Sounds; Not as Easy as You Might Think

The first step in teaching a systematic synthetic phonics program is to teach the sounds which is, by far, the easiest step for children to make. However, if the sounds are pronounced incorrectly it can make the next step, which is blending for reading, all the harder. It’s worth the time and effort to ensure children are pronouncing the sounds correctly.

Where Does Pronunciation Go Wrong?

An example should demonstrate this. Many people pronounce ’t’ as ‘tuh’ and ‘m’ as ‘muh’ but that adds a schwa sound (an unstressed vowel sound) to the end. With this incorrect pronunciation you are actually producing two sounds instead of one; ‘t’ and ‘uh’ or ‘m’ and ‘uh’.

Think of the word: ‘mat’ if you sound it out as ’muh’ + aa +tuh’ and then blend them together you get ‘muhaaatuh’ a long way off from ‘mmmaat’ and then ‘mat’.

Why the Sounds Are Often Pronounced Incorrectly

As a teacher you have the challenge of making yourself heard above 20+ children, which means lots of projection to the back of the classroom (and a particularly hoarse voice on a bad day!). Projecting a sound, especially a consonant sound, often leads to an added schwa at the end. Get the children up close to you and, if necessary, move to the back of the group for further rounds of pronunciation.

Additionally, songs and chants which include many repetitions of the sound can do nothing for the ‘purity’ of the sound. Remember, children get into the habit of breaking out the ‘sound song’ when you ask them the sound for a given letter – not very helpful for blending (too much redundant information is added). If you are going to use songs to learn the sounds, only use them as an aid in the initial learning, and then teach explicit lessons where children are expected to know the sound without the aid of a song. Many experts argue that songs and chants make the end goal of children using these sounds to blend unknown words for reading, harder. If you are using songs as an aid, have a good think about this.

Our interactive, click-and-go Phonics Lessons guide teachers through: the introduction of the sounds and their pronunciation, alongside practice drills and speed reading activities. See a whistle-stop tour of a sounds lesson:

In one of our recent free webinars a teacher asked: “In level 3 activities, our kindergarten team has discovered that ‘w’ sounds like ‘oo’ and ‘y’ sounds like ‘ee’. Is this a bug and were you aware of it?”

A great observation and question. To answer her question, no, it isn’t a mistake but we need to listen to the actual sounds more carefully. Many teachers pronounce these sounds as ‘wuh’ and ‘yuh’ but this adds the schwa to what is meant to be a single sound. By adding this, it makes blending difficult. Think of the word: ‘way’ (which has three letters but two sounds) if you sound it out: ‘wuh’ + ‘ay’ and then blend it together you get ‘wuhay'(which is actually three sounds). We have kept the ‘y’ and the ‘w’ in its purest form, to make blending as easy as possible.

Listen to the correct pronunciation of these sounds: look at level 3 of Part 1 on our Pronounce the Sounds tool.

Ideas to Ensure You are Teaching the Correct Pronunciation 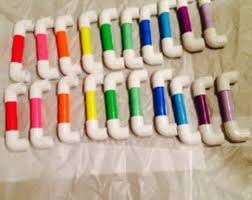 You will soon find that by simply being cognisant of the important link between correctly pronouncing the sounds and easy blending, you will quickly start to self-correct and produce beautifully clear sounds! Every time you say a sound, ask yourself the question: “How pure was that sound?”

Michael Wood is a co-founder of Phonics Hero. Michael has over 30 years of experience as an Educational Psychologist working for the North Yorkshire County Council in the UK and in British international schools in Hong Kong. Throughout his practice, he has had a keen interest in and focus on early intervention in literacy difficulties.