How to Help When a Child Needs Support with Reading, Spelling and Writing

How can parents help when a child needs support with reading or writing? Experienced teacher, Shirley Houston shares some useful tips and strategies.

If your child is struggling with reading a word, or is reading it incorrectly to you, resist the temptation to jump in and give the correct word. Remember that it is better in the long term to teach a man to fish than to just give him a fish. Instead, remember the three P’s: If your child is making a substitution for the word on the page, (e.g. substituting ’house’ for ‘horse’) give him or her a chance to self-correct. If he or she does not, you might ask “Does that make sense?” If the child continues to read the word incorrectly or is not able to produce a word at all, move on to ‘Prompt’.

Your first prompt should be: “Sound it out”. Your child should sound out the word, starting with the first sound and making his or her way through to the last sound, blending the sounds together.

As you can see in the examples below, one sound may be represented by one, two, three or even four letters. Your second prompt should target the problematic letter-sound correspondence(s). Give the correct correspondence(s) e.g. “The letter combination ‘ow’ can represent the sound /ow/, like in the word ‘cow’.”

Your last prompt should be “Try the word again”.

Only if your child is still unsuccessful should you supply the correct word. Remember to be a good role model by sounding out and blending to produce the word.

Praise your child verbally for hard work. How and when you praise is important. If a child is reading a sentence, you should probably wait until the end of the sentence before praising, so as not to interrupt the flow or sense.

Rather than saying “Good job” or something similar, give feedback about what the child did, for instance, “You sounded that out really well” or “You broke that big word up just the way you needed to”. This will hopefully reinforce the use of the helpful strategy.

See the three P’s in action: 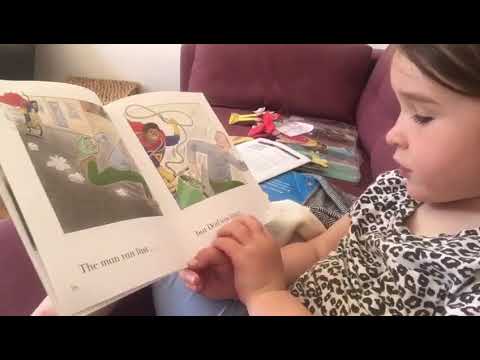 If your child is having difficulty with or is misreading a word that has more than one syllable, then you will need to help him or her to break the word down into syllables and sound out each syllable in turn.

Let’s use an example of a multi-syllable word called a compound word – a word made up of two smaller words. Let’s use the word ‘starfish’:

Your prompt could be:

That word is made up of two smaller words. Can you tell me what one of those words is? What is the other word? Now put them together.”

If your child cannot identify the two parts of the word, cover the second with your finger and ask the child to sound out the first one. Like so:

Then cover the first part and ask the child to read the second one before blending the two.

Because every syllable has a vowel sound, the first step in breaking down a long word that is not a compound word is to look for the vowels.

Let’s look at the word ‘cinema’ as an example. This word has 3 vowel sounds so it has 3 syllables. The easiest syllables to identify are closed syllables. To identify these, we use the memory jogger ‘Vowel Consonant Break’.

The syllable ends after the consonant that closes in the vowel sound: cin – em – a.

Some vowel sounds are represented by two vowels e.g. the ‘oy’ in an – noy – ing.

Double consonants such as ‘nn‘ are usually separated, as in the example above.

There can be a number of reasons a child struggles or makes mistakes in spelling a word, for example, failure to sound out a word from beginning to end, visually-based letter order reversals or letter omissions/additions, lack of knowledge of possible letter-sound correspondences and ‘tricky’ parts in words. The principle of Pause, Prompt, Praise applies to spelling as well as reading. An acceptable attempt: ‘f’ is also a representation for the sound ‘ph’.

Is the error developmentally appropriate? If the child writing ‘dolfin’ is in the first year of school, you shouldn’t comment on the inaccuracy because he or she (almost certainly) hasn’t been taught that ‘ph’ can represent /f/ yet. If the child is nearer the end of primary school, you should teach the child the correct letter-sound correspondence.

Your first prompt should be: “Sound the word out. How many sounds do you hear in the word? Have you written something for each sound?” It may be helpful to have the child put out a counter (such as a piece of lego) for each sound then write a representation for each.

If your child doesn’t know what the other choices are, provide the answer.

Other prompts for accurate spelling may include:

Have you represented the sounds in the correct order?”

Can you think of a word you spell easily that sounds the same at the end/beginning as your word?”

This should lead the child to the phonetically correct spelling.

I always encourage children to sing the syllables in a multi-syllable word to support syllable-by-syllable spelling – we naturally sing in syllables (a good example is “Hap-py birth-day”). I don’t find that clapping syllables is nearly as effective. The notes the child chooses don’t matter.

There are several ways to help a child remember the ‘tricky’ part of an irregular word:

In spelling, don’t just praise correct spelling of a word or sentence. You can always praise approximations by ticking all the letters that were the correct choices and/or saying “There is only one letter that has to be changed.”

When a child is unsure of how to form a letter, this can interfere with the ability to spell a word accurately because it adds cognitive load (how many novel actions they can perform all the same time). In fact, automatic letter writing is the best predictor of writing length and quality right into upper primary school.

The time that many of you now have at home with your child during ‘lockdown’ or school holidays is an opportunity to perfect handwriting. Ensure that your child is holding a pen/pencil with a dynamic tripod grasp. 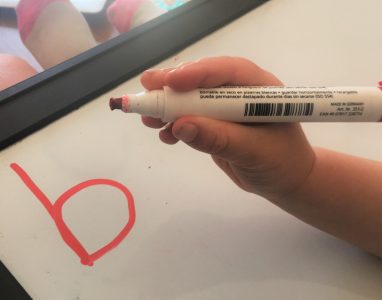 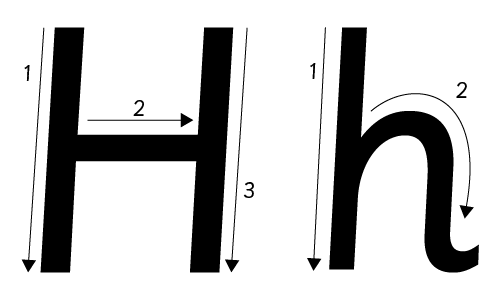 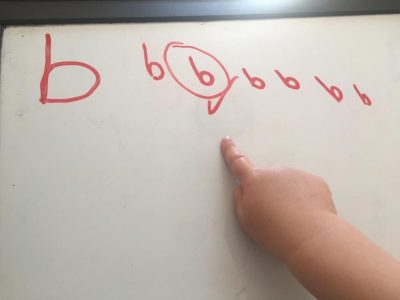 It can be discouraging or frustrating for children to encounter an obstacle when reading and writing. However, when you use the 3 P’s and the strategies in this blog, you can reframe these moments as opportunities to practise or reinforce techniques that help children to become strong, confident readers and writers!

Have a tip that’s helped your child when they felt stumped? Comment and share it with us!